Yes, there are endless iPhone apps out there (and some are pretty ingenious). And yes, it does seem like the iPhone can do just about anything (truly... anything!). But the magical device failed a would-be robber last week. 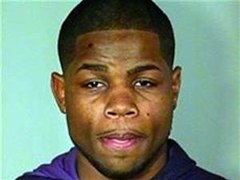 He pulled what the cooks thought was a gun and demanded money, according to police. But the cooks grabbed knives and said they weren't handing anything over.

Taylor was gone by the time police arrived, but they caught up with him a short time later. Officers said Taylor confessed to the crime, but told them he didn't have a gun, but used an iPhone."

wow, the thing people will do out of desperation....