Mobile devices can do just about anything these days, thanks to third-party developers. iPhones and Android devices have been known to do some pretty wild things. Need a dupe key made? Scan and order one with your iPhone. Want to know if you're hotter than Justin Bieber? Compare your facial features. Are you a policeman who needs to ID a suspect? Scan their fingerprints and irides. Want to control your Canon DSLR remotely? Use your Android phone.

There is an expensive iPhone accessory called the Handyscope that acts as a dermatoscope, which can detect malignant lesions in your skin. But researchers from Michigan State University (MSU) have recently developed something better in the world of mobile cancer detection—a handheld and low cost solar-powered system called Gene-Z that's run by not only iPhones, but iPads and Android tablets, too. 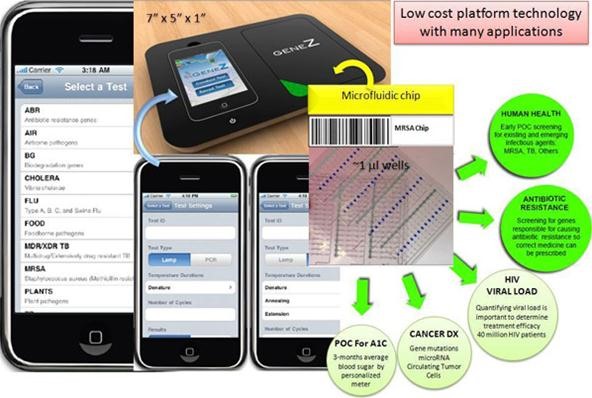 The difference between the Handyscope and Gene-Z is that one looks for cancerous cells in the skin, while the other performs genetic analysis on microRNAs in blood samples. MicroRNAs are single-stranded molecules that regulate genes, and changes in certain types of microRNAs have been linked to cancer and other health-related issues.

To run a test, a blood sample is placed on a smartphone-sized microfluidic lab chip, which is then inserted into the Gene-Z system. The detectors send readings of the sample back to the iOS device or Android system, which shows the results to the health worker on hand.

"Gene-Z has the capability to screen for established markers of cancer at extremely low costs in the field," said Syed Hashsham, a professor of civil and environmental engineering at MSU and developer of Gene-Z. "Because it is a hand-held device operated by a battery and chargeable by solar energy, it is extremely useful in limited-resource settings." 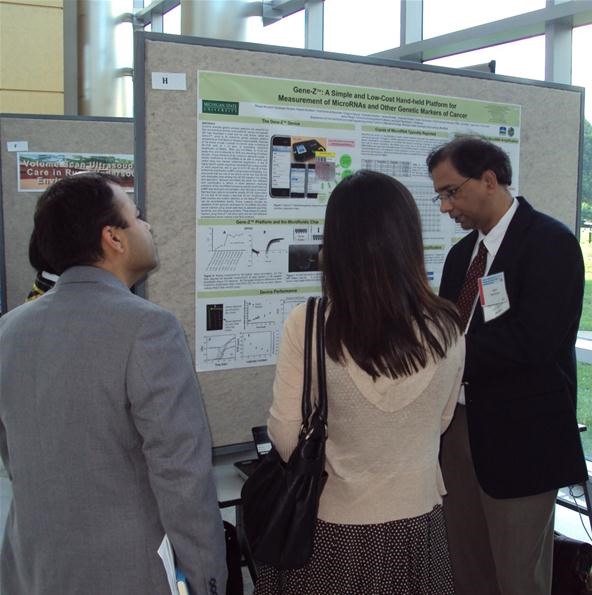 Meaning it's a great device for low-income cities and resource-limited countries to help physicians detect and diagnose cancer, or in rural areas where the pathology department is far out of reach or non-existent.

But it doesn't end with cancer detection. The Gene-Z system is also being developed to diagnose tuberculosis and drug-resistant TB, determine HIV virus levels during treatment, and monitor overall antibiotic resistance.

Now we just need to work on that cure for cancer.