Some cops already have the ability to extract data from your cell phone using handheld forensic devices, but soon police officers will have a new mobile data collection toy to play with—an Apple iPhone. Actually, it's an iPhone-based device that connects directly to the back of an iPhone, which is designed to give law enforcement an accurate and immediate identification of a suspect based on their facial features, fingerprints and even their eyes.

The device that attaches to the iPhone is called MORIS, designed by biometric innovator BI2 Technologies. It stands for Mobile Offender Recognition and Information System, and has a built-in fingerprint scanner and utilizes the iPhone's camera to take photos of people's faces and irides so that its facial and iris recognition software can find and pull up any criminal records that exist. 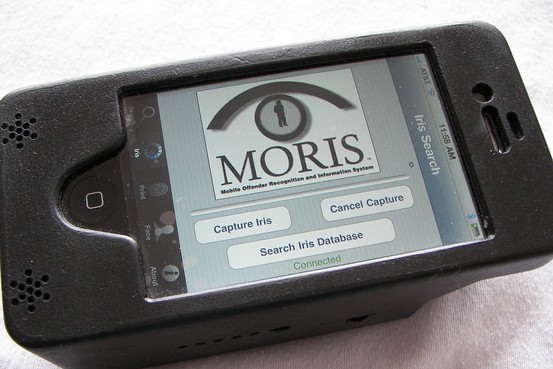 To scan a fingerprint, the officer just needs to have the person in question place his or her fingertip on the small rectangular scanner and the software does its work, searching the national database for matches.

In order to identify someone via the facial recognition software, the officer needs to take a photo of the person from a distance of two to five feet away. The system analyzes roughly 130 distinguishing points on the face, such as the distance between the eye and nose or the contour of the eye sockets. It then scans the national database for matches. 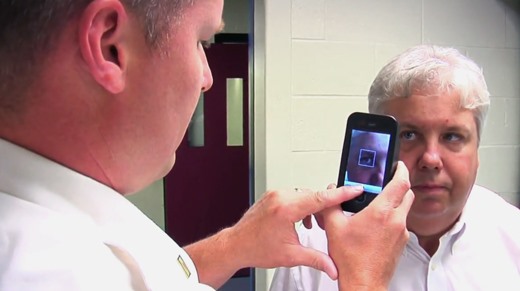 For iris detection, the officer would hold MORIS's special iris-scanning camera about five to six inches away from one of the person's irises. After snapping the high-resolution photograph, the system analyzes over 200 unique features in the iris and uses a sophisticated algorithm to match the suspect in their database.

Mainly, MORIS will be used by police officers to identify individuals they've stopped who aren't carrying any form of identification, as well as accident victims and homeless people. Before MORIS, cops would take photos of people's faces with digital cameras, download the images to laptops, then use facial recognition technology to search for a face match. MORIS speeds the process up tenfold.

And if you think this is some sort of invasion of privacy or against your rights as a citizen of this country, then think again. Though deputies are required to ask permission before taking photos or fingerprint scans, legally, they don't have to. But what if this device was used not only for scanning and matching, but for scanning and storing your information into the national database? It could update your image or iris in the database, as well as add yours if you're not already in the system. 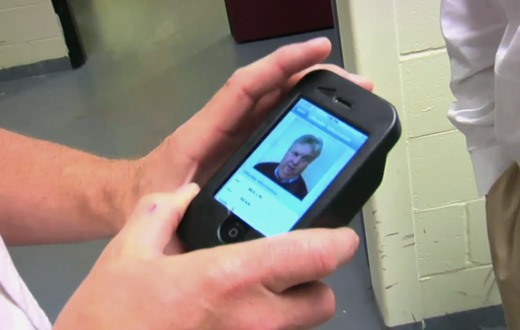 "If the purpose is to determine instantly an individual's identity and determine whether they are wanted or have serious criminal history, that is not only a desirable use, it is an important use," Bernard Melekian, director of the COPS program says. "To simply collect information on individuals to add to the database would not in my opinion be a desirable use of the technology."

Currently, BI2 is preparing their MORIS application and hardware for submission to Apple Inc. for approval. The MORIS device will be launched later this year, bundled with a smartphone for around $3,000 each. The company claims it already has contracts with 40 government agencies to deliver 1,000 devices. 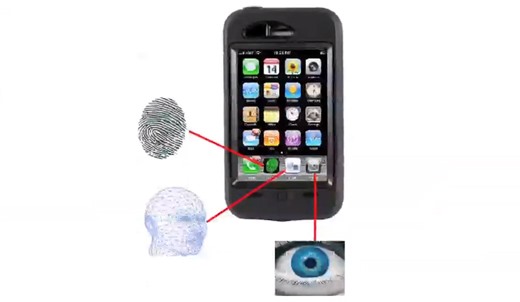 What do you think? Is this a good idea?

While there are no laws that prohibit taking photos of people in a public place, the issue gets a little unclear when it comes to face and iris scans, which may be considered illegal search and seizure.