With the globally rampant use of such social networking platforms as Facebook, Twitter, and Foursquare, the issue of privacy has become a prevalent concern for many. And for good reason—there's the violation of Facebook employing user names in ads, the Etsy slip-up, and of course, the everyman act of recklessly sharing too much information via common social media outlets: a night of drinking results in morning after embarrassment, or worst case scenario, sloppy Facebook posts and tweets result in lost jobs and damaged relationships.

Yiannis Kakavas, a 26-year-old Greek graduate student at Germany's Technischen Universität Darmstadt, has spent his tenure in academia studying such privacy issues, and is currently completing his thesis on critical infrastructure protection. Vehement about the importance of information security, Kakavas created a fascinating app tailor-made for stalkers: "Creepy" is a cautionary prophecy against the gradual diminishment of privacy in today's digital age.

Described by Kakavas as a "geolocation information aggregator", Creepy analyzes a user's tweets, Facebook posts, and Flickr stream, generating a map of where that person is, as well as the specific locations they frequent. Though the notion of creating such an app may sound creepy in and of itself, Kakavas points out in an interview with tech site Thinq_, that if Creepy works, it's the fault of the user:

"There is the category of people who might not know exactly what geo-tagging is, and clicked 'allow' in the 'Twitter app wants to use your current location' prompt without really paying attention. Those users need to be educated, warned about the potential risks and to become aware.

The purpose in creating Creepy was twofold. First, to try and raise awareness about privacy in social networking platforms. I wanted to stress how 'easy' it is to aggregate all the seemingly small and innocent pieces of data people are sharing into a 'larger picture' that potentially gives away information that users wouldn't think of sharing. For example, where do they live, where do they work, where and at what times they are hanging out, when they are not at home et cetera.

Secondly, I wanted to create a tool for social engineers to help with information gathering. I believe Creepy can be of real use to security analysts performing penetration testing for the initial process of gathering information about the 'targets'—information that can be used later for a number of purposes."

Kakavas has released Creepy under an open source license; a free download is available at the project website. 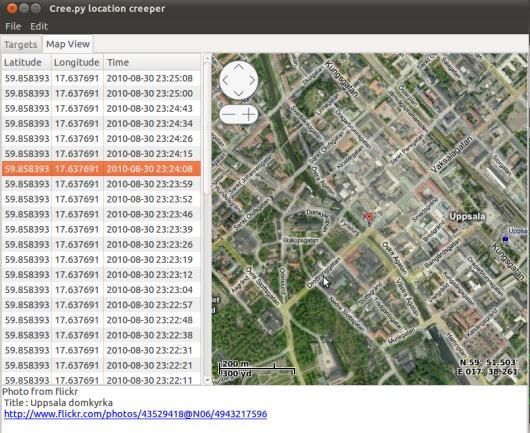 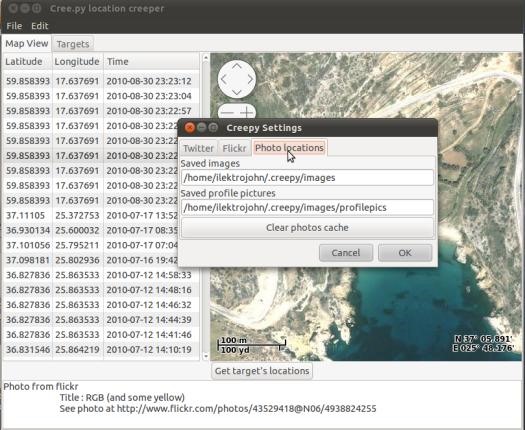 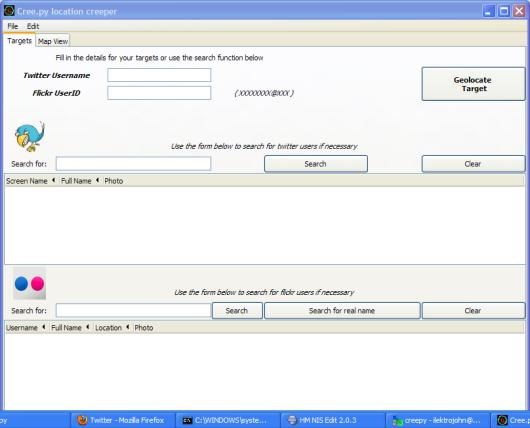 Creeped out? Checking on your Twitter geo-tagging setting this very moment? Weigh in below.

start using a free iPhone app called Pixelgarde Photo Privacy Editor. It will let you remove geotags from the photos you share, making you invisible to creepy app.