Everybody has them. You can say you don't, but it's probably a lie. There's at least one person on your mobile phone that you never, ever want to pick up the phone for. When they call, you cringe and immediately hit the silent button. They're annoying. Overbearing. You hate them, but yet you love them enough to not delete them entirely from your contact list. Maybe if they called just once a week, but once a day is just too much for you to handle. What do you do?

If you have an Android smartphone, you're in luck.

The non-app approach would be to create a completely silent ringtone and set it as your default ringtone. Then, go through your contact list and give the contacts you DO want to hear ringing a non-silent ringtone. Or vice versa. Set the silent ringtone for those you don't want to hear, and the default can be left on for everyone else. Depending on which way you go... it could be time consuming. That's where an app comes in handy.

SemiSilent lets you selectively mute your ringer for certain annoying callers, letting only your preferred contacts make it past the silence. Just download the free app from the Android Market, install it and open it up. From there, all of your contacts should be automatically deselected. You just have to go through and select the people you DO want to hear from, then turn your Android device to silent ringer. 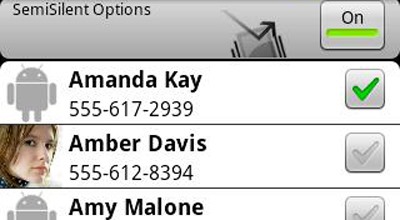 Whenever one of your selected callers dials your phone, it will break the default silent ringer and catch your attention. It's the easiest way to blacklist/whitelist contacts. And you can also adjust the ring volume through SemiSilent. The application is free, but there is also a SemiSilent Pro ($0.99) version you can snag, if you don't like advertisements, but do like homescreen widgets.

A similar app is VIP Alert. It's $0.99 and lets you select "VIP" callers to break through the silence, but it also works for text messages. You can enter your preferred VIP callers either manually or straight from your contacts list. When your phone is on silent mode, those VIPs will still be heard loud and clear. 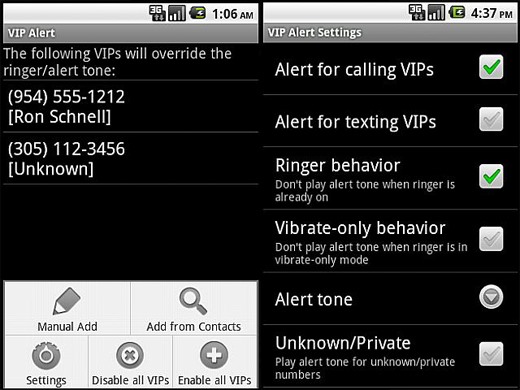 You can silence your phone at bedtime, and still get important calls, texts, or MMS messages from your kids or parents. Silence it in a meeting, and emergency calls can still get through. Click on the VIP to toggle them on/off. Long press the VIP to delete. You can also configure private or unknown callers.

Tasker is your third Android option. It's not specifically a caller filter app, but it has this functionality built in. It's more expensive than the above apps at $6.42, but if you want more than just a call filtering app, this is it. 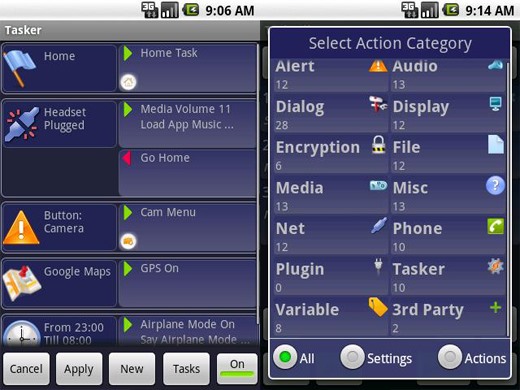 The easiest way to set this up in Tasker is to create a profile for an incoming call by going to "State" and then "Incoming Call" and setting the "Caller" to the person you want a ringtone for. For the enter task, have it play the ringtone you want on loop. For the exit task, use "Media" and then "Stop". Then, you can turn off the regular Android ringtone and your phone should only ring for the caller you just set up in Tasker.

But wait... if you have an iPhone, you can also silence certain spammy callers. Just like on Android, you can set a silent ringtone as your default ringer, then give the contacts you want to hear from a different one. This can also go the other way, giving those certain annoying people a silent one, compared to the default noisemaker. Just search the web for a silent ringtone (or make your own) and import into iTunes, then sync your iPhone with it to get the file. If you want an app, there's currently one available on Cydia called iBlacklist, costing $12.00. But you need a jailbroken iPhone to use it.