Rovio's highly successful Angry Birds game has generated a slew of wannabe Angry Clones and dominated nearly every device and platform known to man—iPhone, Android, PSP, Xbox 360, Windows—and now, for the first time it's available for play directly on the web (for free). It was specifically designed for Google's Chrome OS and their new Chromebook line of laptop computers, but can play on any device in almost any web browser (like Firefox). 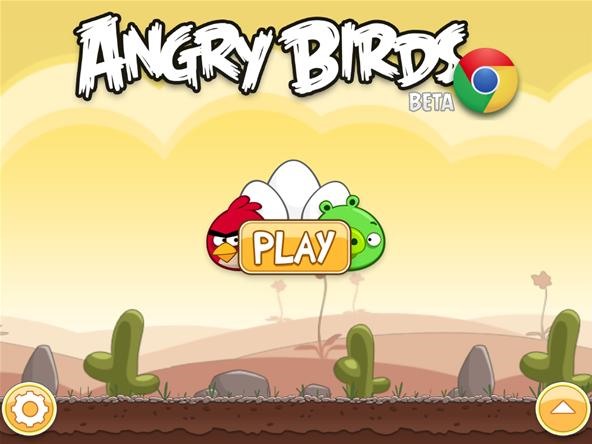 The Chrome-branded Angry Birds Beta is in both SD and HD, and has 63 levels of the original game available for play, with the addition of 7 Chrome-specific ones, according to the official Rovio blog. While this may be the first web-based Angry Birds, Rovio does hope to have a Facebook version up and running by the end of this year.

But no matter where you get your Angry Bird kicks, we bet you wouldn't stand a chance against OptoFidelity—robot technology put to good use.

Think of it as the Deep Blue to Garry Kasparov—a nearly unbeatable robot competitor, only instead of chess, it's Angry Birds, and instead of Kasparov—it's you!

On their website, the company states: "As OptoFidelity does a lot of work with touch panel testing and performance testing for mobile devices using video and optical measuring systems, it wasn't hard to implement an application for this particular need. The most difficult part of the project was to play through all levels of Angry Birds. Thanks to the ready-made components that OptoFidelity already had, the robot controlling part was quite easy."