In December 2009, Angry Birds was released to the public. The iPhone and iPod touch were the first to take on the demand, then a devoted HD version for the iPad. Since then, it's transcended iOS devices to appear on Android, Nokia, Palm phones, and many others. Next, it broke away from mobile devices with versions available on PSP, PS3, Xbox 360, Wii, Nintendo DS, 3DS, Windows PC and Mac computers. Facebook and Windows Phone 7 apps are in the works. 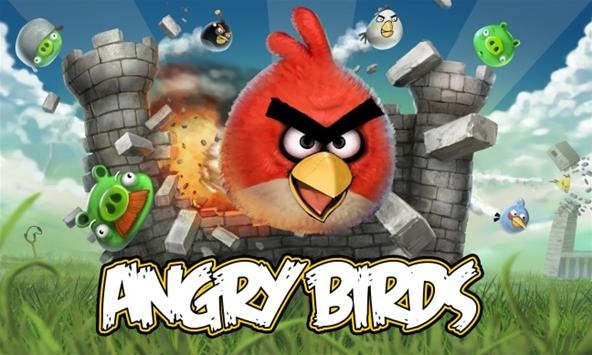 Rovio has since released other editions of their popular game, including Angry Birds Seasons, Angry Birds Magic and Angry Birds Rio, a companion game to the animated film Rio. They've reached over 100 million downloads of their avian-friendly game and remain one of the most addicting mobile apps to ever hit the market.

So, why wouldn't other game developers want to bank off that success? Below, a list of all the Angry Birds clones. Not just in gameplay, but in name itself. Which have you played? 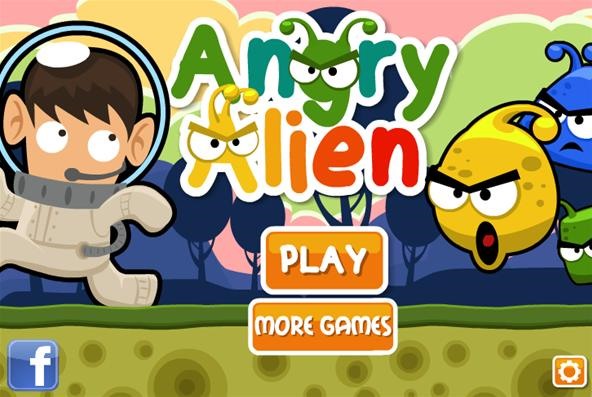 Angry Alien is pretty much the same thing as Angry Birds, only you're a bunch of aliens trying to destroy the buildings that invading humans have erected on the planet Moana. Yes, it's Angry Bird clone, but it's one of the best looking ones. It's not available for mobile devices yet, but you can play it right now for free on TILGAMES. 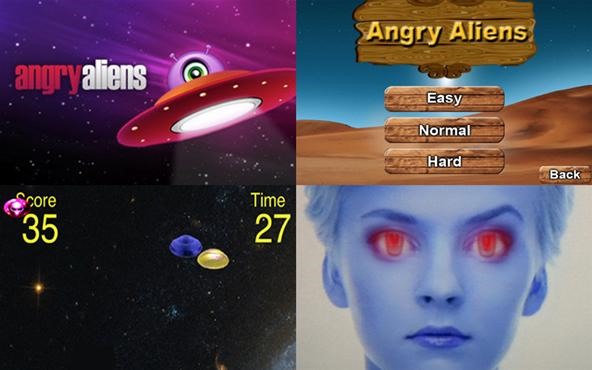 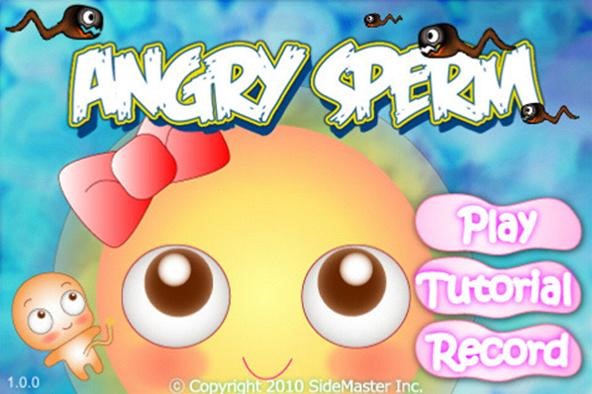 By far the most interesting title, Angry Sperm costs $0.99 from the App Store and doesn't follow the Angry Birds' formula either, just the name. You play a nice ovarian egg trying to evade wormy, slightly scary, angry sperms. The goal—to not get fertilized and ruin the dreams of the shadowy young, promiscuous woman with blond hair who just wants to be a dancer. 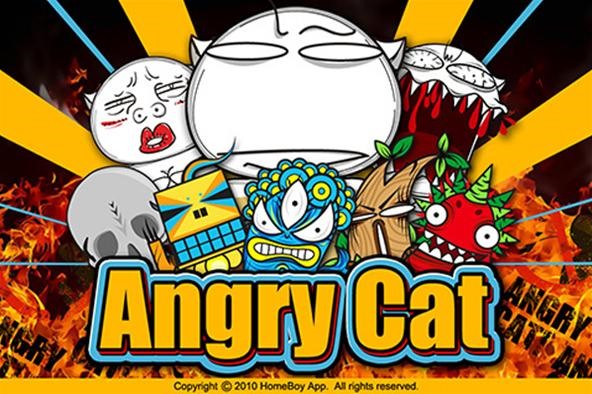 AngryCat! (free) follows the same premise as Angry Birds, only you're a cat shooting strawberries, fish, skeletons and trees. 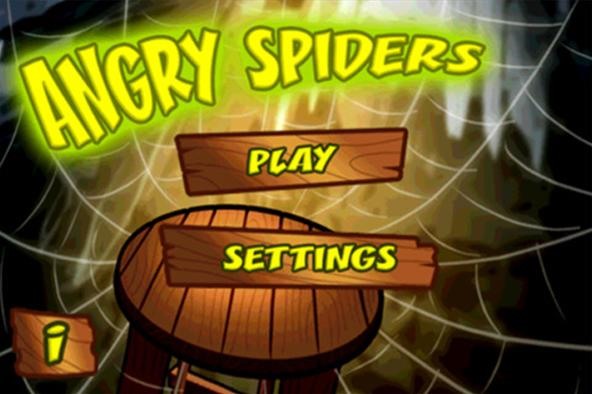 In Angry Spiders (free), you're not shooting but spraying. You're an exterminator trying to kill spiders and rare scorpions with pesticide that come at you from all directions. Just like Arachnophobia. 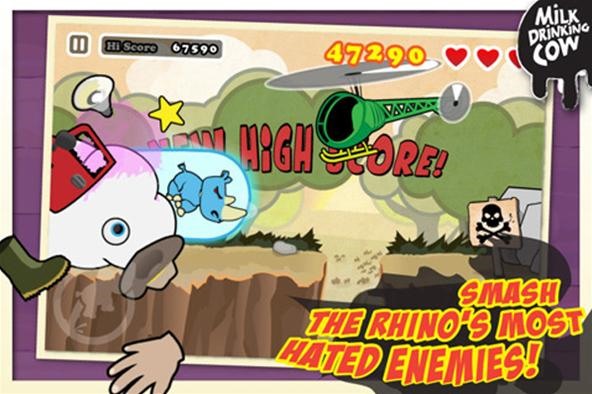 Angry Rhino: RAMPAGE! ($0.99) isn't a shooting game, but one where an angry rhinoceros charges faster and faster, leaving a trail of destruction behind it. You have to smash through poachers and fruit carts and avoid tranquilizer darts and helicopters. 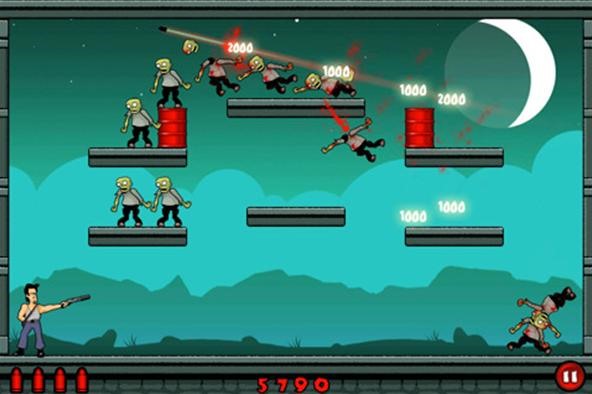 Stupid Zombies ($0.99) doesn't follow the "Angry" name, but it's gameplay is nearly the same, and just as addicting. In it, you kill the living dead with your shotgun, using the walls to bounce bullets into your targets. Check out our walkthrough for the first chapter! 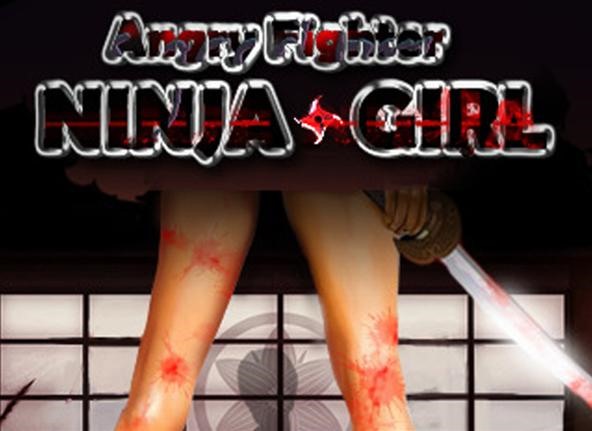 Angry Fighter - Ninja Girl ($0.99) is definitely not the same as Angry Birds, but nonetheless interesting. You play as teenage Ninja Miss Gaga, who wields the Ninja Blade at the enemy ninjas from a feuding Japanese village. They attack when Gaga is walking, eating and yes—even when she's bathing. Then, you slice off their heads! 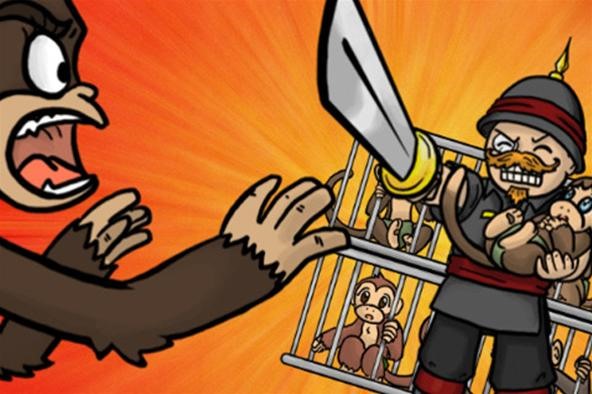 At first, I thought it was called Angry 'Tards, but how politically incorrect would that be? It's actually called Angry Terds (the "e" replaced with an asterisk), costing $0.99. You're a monkey who has to save all of the monkey babies from evil explorers. And how do you stop them? By throwing terds, of course. 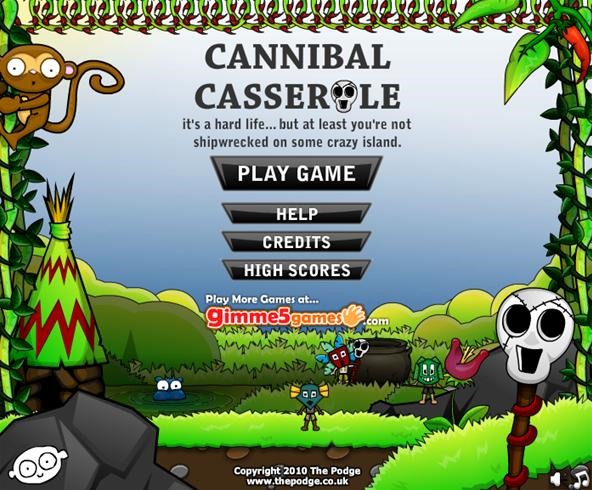 Nothing angry here, but Cannibal Casserole does follow the slingshot-style gameplay. You fling ragdolls into the air, trying to land on cooking pots. And you can play for free at Gimme5games. 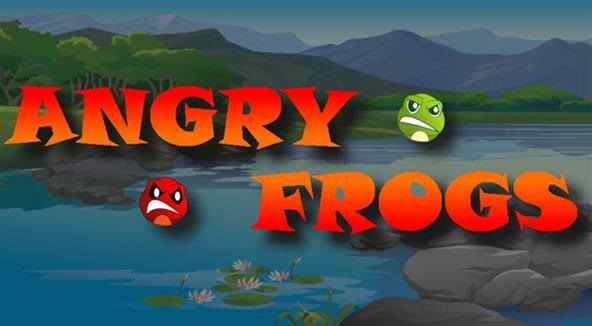 Angry Frogs (free on Android) pits frogs against evil snakes. In Angry Birds-fashion, you use your finger to load the slingshots and try to kill all of the snakes.

Other Angry Birds-sounding games include:

And here are some that follow the basic shooting model:

If you know of any other games out there similar to Angry Birds, either in name or mechanics, list them in the comments below!

This all makes me so happy!