Flash video. It's what all smartphone users have been waiting for. Why has it taken sooo long? And why is Apple still resistant? 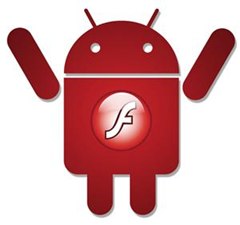 Here's the scoop, via Wired:

"Adobe is releasing Flash Player 10.1 for mobile phones and desktops today. And it is piggy-backing on Google's fast growing Android operating system to hit back at Apple.

That will make Android the first mobile operating system to support the full Flash player, instead of the stripped-down Flash Lite player that is currently found on most smartphones with Flash support."

:) You can watch movie trailers on-the-go!

:( No Hulu.  (Wired says: "Hulu doesn't own the distribution rights for its content on mobile devices and so won't stream to any mobile device, says Adobe.")

:( Optimized battery life is still a battle-in-progress. (Wired says: "As I surfed a number of Flash-heavy websites, played movie trailers and little video clips on and off for about two hours. the battery level on my phone was down to about 61 percent from a fully charged battery.")

:l Flash-based web games are available, but reportedly the load time is painful.

And What About Us?? 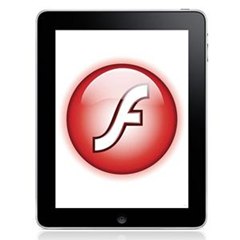 "Flash will still not be available on Apple's popular iPhone, which uses a proprietary Apple operating system.

Steve Jobs, Apple's boss, has previously said that Flash had 'one of the worst security records in 2009', 'has not performed well on mobile devices', and 'is the number one reason that Macs crash'."

As a response, Adobe came out with a clever ad campaign.

"Adobe Systems may not have a chief executive with Steve Jobs' high profile, but it does have money. And on Thursday it began spending some of it on an effort to rebut the Apple CEO's criticisms of Adobe's Flash technology.

The campaign includes a Web site promoting choice, an accompanying "truth about Flash" page rebutting some Apple criticisms, and a letter from Adobe co-founders Chuck Geschke and John Warnock that brings a personal answer to Jobs. They don't mention Jobs or or Apple by name, but there's no mistaking the target."

I was just thinking the same thing too... Flash REALLY SUCKS!