Some speculated that LG's Thrill 4G would be the first 3D smartphone to hit the U.S. marketplace, but HTC's EVO 3D hit shelves first, going on sale last Friday for all Sprint customers. It boasts a slew of high-end features, including a 4.3-inch touchscreen display with 540 x 960 qHD resolution, 1.2Ghz Qualcomm Snapdragon dual-core processor, 3G and 4G connectivity, and Android 2.3 Gingerbread with HTC Sense. But obviously, the best part about this new device is its three-dimensional capabilities.

The EVO 3D has two 5-megapixel cameras situated nicely on the rear, which allows you to capture photos and videos in 3D and view them on the autostereoscopic screen without special glasses, looking similar to the Nintendo 3DS portable gaming system. You can also view downloaded content formatted in 3D, as well as stream 3D content wirelessly to a 3D TV. The cameras can record video in 720p, both in 2D and 3D. Check out the video below to see it in action.

The only bad thing about the EVO 3D is that there's a sweet spot for viewing the 3D content, basically a dead center, straight ahead view before the depth kicks in. If you look at it from a different angle, you'll get a flat and unsightly view. 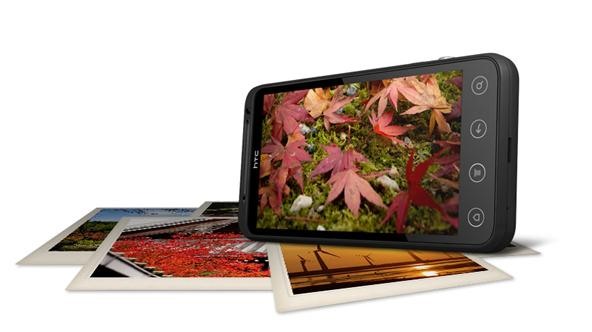 This glasses-free 3D phone is available exclusively on Sprint, costing $549.99 or $199.99 with a two-year data plan. Sprint also released the first ever 4G tablet in the United States last Friday—EVO View 4G.

Install Windows XP on it o_O