Aside from food, oxygen, sunlight and water, there are other necessities that humans arguably need today to survive—clothing, love and shelter among them. Almost everyone wears clothes, needs somebody (or something) to love and a place to call home. And what's the one thing that connects all three? Something we all have? Keys.

They're probably tucked away in your pants pocket right now, and they're the only thing that opens that lock to your home, which keeps your possessions and loved ones safe and secure. They open our locks and have been doing so since the wooden keys of ancient Egypt. Everybody has one, and everybody needs another, just in case they lose the first one. But times are changing, and the way you duplicate keys is, too. 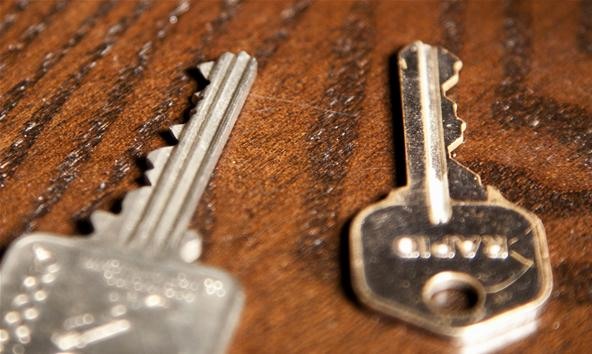 Before, you'd have to go to Home Depot or Lowe's, maybe your local locksmith, to get some duplicate keys made. Now there's a few alternatives, including an iPhone application and some 3D printing.

DittoKey is an iPhone app for making backup copies of your keys. You simply take a few pictures with your iPhone camera, one of each side of the key, then order them via DittoKey and they'll ship right to your door. No more trips to the hardware store. No more waiting in line. No more putting it off. Just take some pictures and order on DittoKey.

It's a great idea, but this could potentially be an easier way for criminals to gain access to your house. They temporarily swipe your key, take some pics, then return it before you notice it gone. It's a lot easier than using a bump key or lock pick set. Aside from that, it's an interesting app.

But maybe you want to try out some of your own locksmithing skills at home. That's where Nirav Patel's method of 3D printing comes in.

3D printers have been around for thirty years, but professional models are too expensive for the average household tinkerer, typically costing around $30,000. However, you can shell out no more than $750 for the RepRap desktop 3D printer, which prints plastic objects. If you know someone who has one, you can even spend less, because they can print most of parts for the RepRap with their RepRap, meaning it's a self-replicating machine.

So, if you have a 3D printer like the RepRap, you can successfully duplicate your home keys from plastic. It's more complicated than using DittoKey, but way cooler if you have the resources, where you input the key code of the lock into a parametric OpenSCAD model and use the RepRap to mold your key from hot plastic. 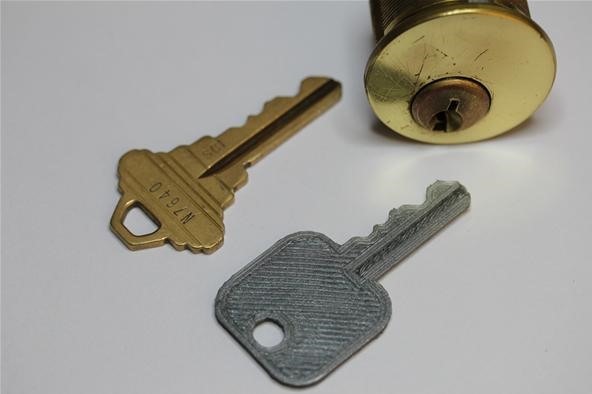 Patel explains it best: "Designing the key model was actually pretty straightforward. I measured a key with a ruler and calipers and created an approximate model of it that is reasonably easy to print. I then got pin depth specifications and parametrically differenced them out of the model. To generate new keys, you can just edit the last line of the file and enter in the key code for your key. If the code isn't written on the key, you can measure the height of each bit and compare to the numbers in the Root Depth column on the aforementioned pin depth site. Perhaps more nefariously, you could implement something like SNEAKEY to generate key codes without physically measuring the key." 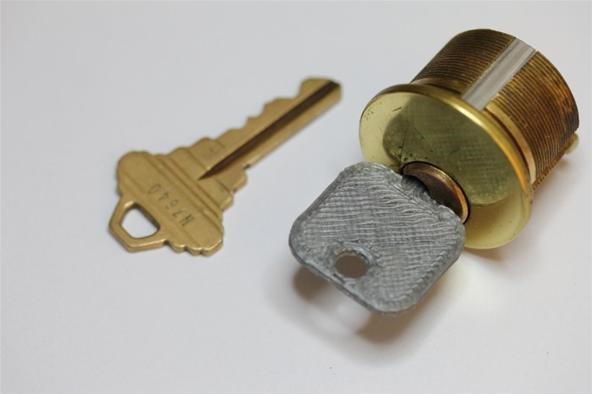 Depending on the kind of key, the plastic duplicate could be perfect as an emergency key. The pictures show the key being used on a disconnected lock cylinder, but it's also strong enough to turn a deadbolt.