The Clock Bloggers love Angry Birds so much, they decided to transform into... Angry Birds. With a little advice from our jolly bloggers, you too can jump into the video game fantasy vortex. 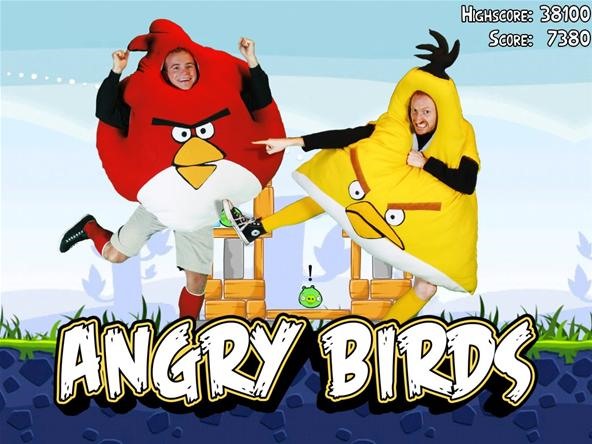 Here's how they did it:

"First, we went to JoAnn's Fabrics (or any fabric/craft store) to find the right fabric. I decided on that stretchy, fuzzy material. I can't remember what it's called, but it's vaguely like what they would make a snuggie out of. I believe I got 4 yards per costume (which is probably too much, but it was only like $4/yard). I also got 4 yards of the cheapest white muslin fabric (or you can use a sheet, which is what I did for mine) for the inside. I also grabbed a bunch of those 8 1/2 x 11 sheets of felt in the appropriate colors to make the face and some white snuggy-like fabric for the white-belly part at the bottom. 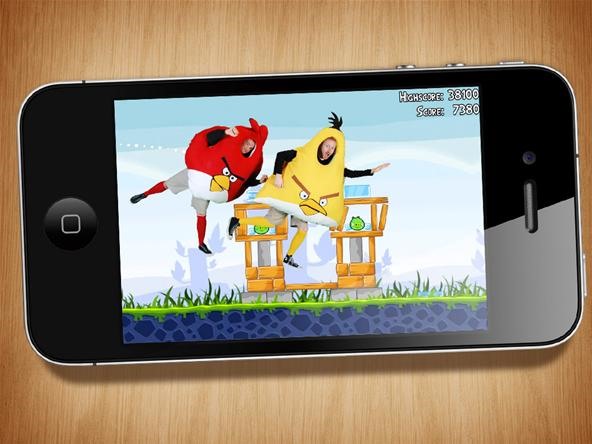 OK, so I folded the fabric in half and sort of free-handed the shape of the bird and cut it out so there were 2 identical pieces (for the front and back), then I did the same thing to the muslin/sheets. After that I stitched one of the sides to one of the pieces of muslin, leaving an opening for stuffing. THEN, on the side attached to the muslin, I cut out a face whole (make it smaller than you think it should be....I traced around a cereal bowl) and stitched the fabric and the muslin together all around the face whole. I did the same thing for the arms, which are really just slits about 7 or 8 inches long. THEN I sewed the fabric/muslin side to the other piece of fabric and then STUFFED the front part with that Poly-Fil pillow stuffing material and sewed the rest of the muslin/fabric side closed. SO, the whole thing is basically a pillow on the front stitched to another piece of fabric on the back. I also stitched the face on, but you could probably use a glue gun or fabric glue if it's easier."