Android-enabled mobile devices are taking the world by storm, giving Apple's iPhone a run for their money.  And if you're holding an Android cell phone in your hand, getting accustomed to all the flashy features can be daunting, especially if you're new to multimedia smartphones.

But don't worry— there's tons of Android HowTos out there, and Complete Guides has a wonderful reference called The Complete Android Guide, which has detailed how-to articles to help you get started with your Android device.

"At its very core, Android is a version of the very free and open Linux operating system, but tailored for a computer that has just a few buttons and a touch-sensitive screen. It's not a single phone or line of phones, like Apple's iPhone, though the Verizon/Motorola Droid model might make you think that. It's not even a single look for a phone, as manufacturers and cellphone companies can totally remake the interface however they'd like. At the moment, learning how to get at the good stuff on one Android device generally trains you to use them all, but that may change in the future. Put simply, Android is a bundle of code, mostly developed by Google, that allow phones with small screens and tiny chips to do great things." 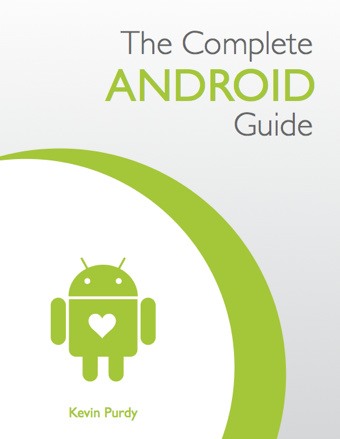 Get more information about the Android operating system, and learn how to use the Android home screen, browse the web on your phone, sync Gmail and other email accounts, use Google Voice, install and use apps from the Android Market, make phone calls, send texts, manage your contacts, and more!

Click through to The Complete Android Guide by Kevin Purdy.