What's a death grip, you may ask? A death grip is a simple term used to denote a hand that has recently killed. What a troublesome thing to have.

In less criminal areas of the country a death grip is defined by: the way a person holds the phone so as to block most of the antenna, causing problems in reception and increasing radiation levels. 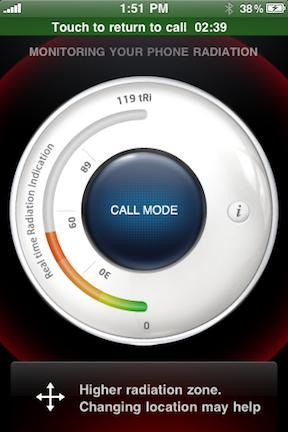 Apple's surprise press conference in July 16 to address the growing reception issues focused on dissipating the problem by spreading the blame. To Jobs all phone companies have trouble with the death grip. He then demonstrated how other phones' connections dropped when held in the same position. The other companies fought back, stating that their antennas were located in places that were not normally held, unlike Apple's:

"The antenna is located at the bottom of the Omnia 2 phone, while iPhone's antenna is on the lower left side of the device. Our design keeps the distance between a hand and an antenna. We have fully conducted field tests before the rollout of smartphones. Reception problems have not happened so far, and there is no room for such problems to happen in the future."

You can read more responses and quotes from competitors here.

The Tawkon App is currently only available on the Blackberry.

Most people develop super powers by the third year, I would say it's a good thing.

What happens when people use their newfound powers for the use of evil, not good. D:

It's strange... when she grabbed the third phone in the middle of talking (moments before applying the 'death grip) the radiation started increasing, it caused her to stutter and immediately grip it tighter. Also the meter increased in "chunks" instead of smoothly, then finally at the end of the article it says the app is only for blackberries, yet she tried it on all three phones. Was this demonstration faked?

lol I saw her hand shaking too. The death grip only refers to the position of the hand, but to make it really work she was squeezing the phone to really make sure. It's a phone, not a lemon! The app is currently out for the Blackberry, in the approval process for Apple, and I don't now the status of it's release in the Android market. The test they used in the video came from the App being manually loaded.

No it wasn't faked... they just haven't released the ones for android and iphone to the world yet... but because they are the makers they have their own app so they are able to test it... apps don't go into stores or the public before they are tested, and it is the makers who get to test them.

The amount of radiofrequency energy a cell phone user is exposed to depends on the technology of the phone, the distance between the phone's antenna and the user, the extent and type of use, and the user's distance from cell phone towers. That's why I decided to use a <a href="http://www.pongresearch.com/science.html">cell phone radiation blocker</a> . In the end though, I found a couple of reviews of Pong Research's cases, that convinced me to give it a try. This case is built with an antenna in between layers of the back cover, which reduces exposure to radiation while optimizing the mobile reception.